Louis Zamperini was a very young man when World War 2 broke out. In fact, he was just embarking on an amazing journey as an Olympic athlete when he was called away to fight in the war.

Not only was he a valiant soldier, but he was also shot down and stranded in the ocean for many days and then became a prisoner of war in Japan for many months! His pre/during war-time life story is truly amazing … but that was only the beginning of what God had planned for him.

Watch the movie about Louis Zamperini and the true story about his life after serving in the second world war and then teach your kids about him using the kid-friendly suggestions shared here! Unbroken: Path To Redemption was a great movie to watch with my husband for a date night and I am glad to recommend it and share my brief review below. 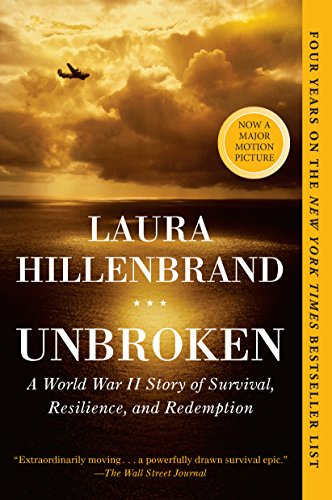 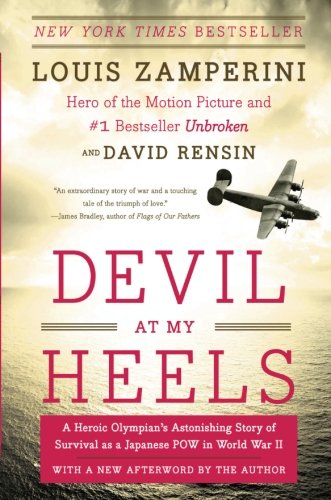 Devil at My Heels: A Heroic Olympian’s Astonishing Story of Survival as a Japanese POW in World War II 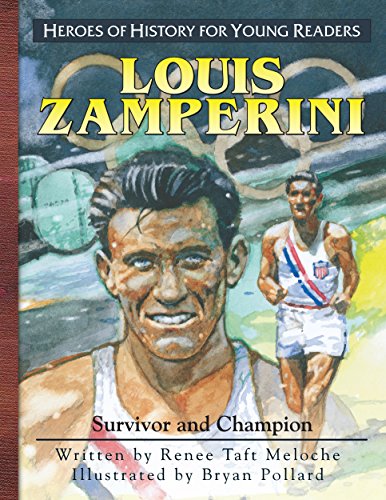 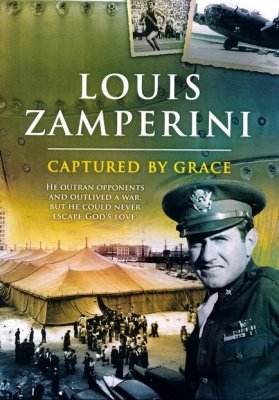 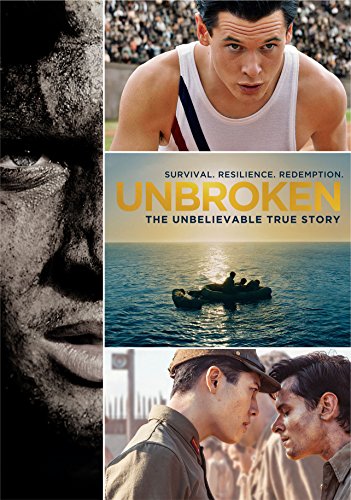 This movie is a sequel to Unbroken, which is all about his life before – and his service during – WW2 and the years he was a POW in Japan. If you haven’t watched it yet, I recommend that you do (available to rent from Amazon) and then you’ll appreciate Path To Redemption more.

However, this movie can stand on its own, too. Starting as he returns home from being a POW, you see Louis receive a hero’s welcome by his family, friends, and country.

He struggles with adjusting to life after war and has flashbacks to his time as a POW (where he was tortured). He turns to alcohol and becomes an alcoholic.

In the midst of this, he meets a woman who becomes his wife. He feels like he is “all better”, but soon the PTSD rears its ugly head again and before long, he can no longer hide the outbursts and alcoholism from his wife and baby.

Living in a state of fear and denial, Louis pushes his wife & baby away. Soon his wife threatens to leave him.

His wife attends a revival meeting and becomes a Christian. With new hope & faith, she makes the choice to stand beside Louis and help him overcome his pain.

Louis, an Olympic champion before the war, struggles with finding a job, facing his “demons”, and loving his wife. The burden of it all is too much for him to carry alone.

Finally hitting “rock bottom” he reluctantly attends a church service with his wife – more than once – and he finds the peace & forgiveness that overcomes all! “Therefore if any man be in Christ, he is a new creature: old things are passed away; behold, all things are become new.” (2 Corinthians 5:17)

I don’t think this movie is for kids. Maybe ages 16+ would be able to handle the content.

No swearing, but alcoholism and violence (war & domestic) is throughout.

For some viewers, a scene with his (future) wife in a bathing suit on the beach may be considered “questionable” content, though it is modest compared to nowadays!

To summarize: this is a Christian movie that touches on marriage issues, PTSD, and alcoholism while leading Louis and the viewer through a journey of brokenness to redemption in Jesus Christ.

Unbroken: An Olympian’s Journey from Airman to Castaway to Captive for 13+

Louis Zamperini: Survivor and Champion (Heroes of History for Young Readers) for 5+

Many thanks to Propeller Consulting, LLC for providing this prize for the giveaway(closed). Choice of winners and opinions are 100% my own and NOT influenced by monetary compensation. I did receive a sample of the product in exchange for this review and post.

U.S. Only. Must be 18+ to enter. Winner will be notified by email and must respond within 24-hours to claim prize or will forfeit.

Buy me a coffee?

help keep this content free by leaving a tip
16 shares