The arguments come from every angle; attacking, addressing, challenging every aspect of married life. But, an important truth of Biblical marriage is actually very simple (hard, but simple) and is rooted in the word modest.

It is humbling ourselves in modest attire as wives in submission to our own husbands. Obeying our husbands regardless of their actions or beliefs. (gasp!)

Those statements are easy to say but extremely hard to live out. God calls us to do hard things, though.

We can argue until we are blue(or red) in the face about the individual roles, callings, duties, actions of wives (or husbands), but all that matters is what God tells wives to do. What He tells us is very clearly stated in the Bible but also shown through examples given.

I know that the words submit and obey cause fear, anger, bitterness, etc. and I know that women will question whether submitting or obeying are absolutes … what about husbands in unbelief? I have asked those same questions and felt those same feelings.

Funny that feelings are part of the equation at all, though. We are not to live/act based on our emotions or feelings!

Love, for example, (and contrary to popular belief) is NOT a feeling or emotion. Love is an action, a commitment to care for someone’s soul unconditionally, to serve their needs, to stay when you want to leave, to hug when you want to hit, to pray for them when you want to scream at them, and so on. (read 1 Corinthians 13)

Also, funny-not-funny, that questions are an excuse for wives to disobey God’s commands. Why question the One True HOLY God about His order of things, His direct commands, His will??

Now, if/when a husband does not perfectly love, serve, and obey God and does not lead the wife down a path of righteousness and purity without spot or blemish, should the wife neglect to do as God has commanded her? Does the Christian wife get a free pass to disobey God?

What if the husband is a professing Christian but has different convictions than the wife? What if he doesn’t think xyz is a sin but the wife does, what then?

For example, the wife feels convicted to dress a certain way to be “modest” and the husband wants her to dress extremely immodest (according to her own standards). Who “wins”?

It is not the husband vs. the wife. It is our flesh vs. our spirit.

Our emotions, feelings, opinions, definitions of sin, etc. are to be put aside in humble obedience and submission to GOD, and guess what, wives? Obeying and submitting to God the Father means doing as He has told us to do and shown us to do within His Holy Word.

Let’s take a look at His Word and also study some of the words used. I hope that your heart and soul are open to His Word, even if you are hating my words!

Let’s do a word study on the word modest. Women can use that word to justify disobeying their husbands in how they dress, but what does it mean to be modest?

Included are the definitions of other words used to define modest. This gives us a well-rounded understanding of the words. 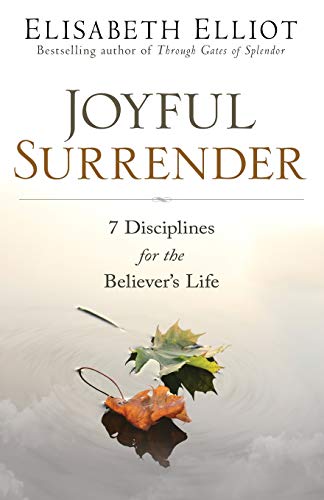 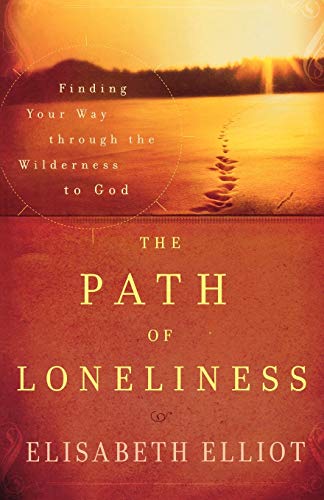 The Path of Loneliness: Finding Your Way Through the Wilderness to God 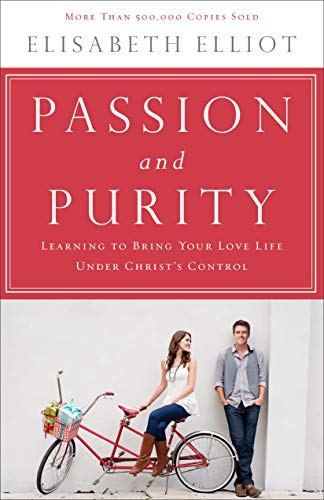 Passion and Purity: Learning to Bring Your Love Life Under Christ’s Control 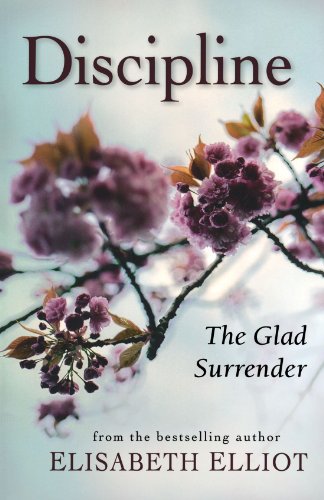 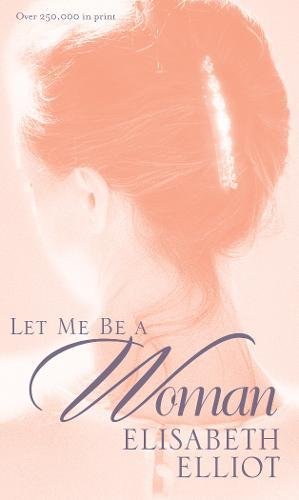 Let Me Be a Woman 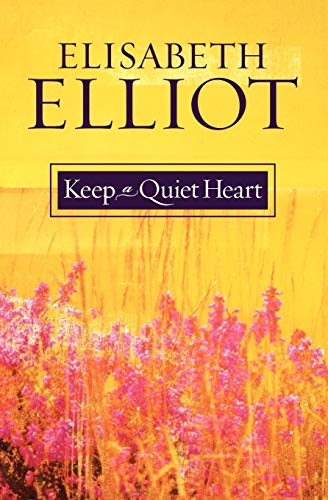 1. Properly, restrained by a sense of propriety; hence, not forward or bold; not presumptuous or arrogant; not boastful; as a modest youth; a modest man.

2. Not bold or forward; as a modest maid. The word may be thus used without reference to chastity.

4. Moderate; not excessive or extreme; not extravagant; as a modest request; modest joy; a modest computation.

1. Bold and confident to excess; adventuring without reasonable ground of success; hazarding safety on too slight grounds; rash; applied to persons; as a presumptuous commander.

2. Founded on presumption; proceeding from excess of confidence; applied to things; as presumptuous hope.

3. Arrogant; insolent; as a presumptuous priest.

5. Willful; done with bold design, rash confidence or in violation of known duty; as a presumptuous sin.

Scriptures to Study & Thoughts to Ponder

1I exhort therefore, that, first of all, supplications, prayers, intercessions, and giving of thanks, be made for all men;

2For kings, and for all that are in authority; that we may lead a quiet and peaceable life in all godliness and honesty.

3 For this is good and acceptable in the sight of God our Saviour;

4 Who will have all men to be saved, and to come unto the knowledge of the truth.

5 For there is one God, and one mediator between God and men, the man Christ Jesus;

6 Who gave himself a ransom for all, to be testified in due time.

7 Whereunto I am ordained a preacher, and an apostle, (I speak the truth in Christ, and lie not;) a teacher of the Gentiles in faith and verity.

8 I will therefore that men pray every where, lifting up holy hands, without wrath and doubting.

9 In like manner also, that women adorn themselves in modest apparel, with shamefacedness and sobriety; not with broided hair, or gold, or pearls, or costly array;

10 But (which becometh women professing godliness) with good works.

11 Let the woman learn in silence with all subjection.

12 But I suffer not a woman to teach, nor to usurp authority over the man, but to be in silence.

13 For Adam was first formed, then Eve.

14 And Adam was not deceived, but the woman being deceived was in the transgression.

15 Notwithstanding she shall be saved in childbearing, if they continue in faith and charity and holiness with sobriety.

Now, in light of what we just learned about the word “modest”, how do these scriptures change from when you’ve read them before? Considering the context and the enitre chapter, it seems that God cares more about our hearts and attitude then how we dress.

Also, the reference to costly array does not mean that outward appearance is most important, but it is a factor. Does that mean we usurp authority over our husbands to dress what we deem to be modest if doing so is in disobedience to him?

See how that would not make sense? A “righteous(modest)” woman who is disobeying her husband is complete irony!

Marriage is an extremely humbling and soul-searching experience. Maybe moreso for Christian wives married to unbelievers, but I think it’s that way no matter what.

I think a stumbling-block for many Christian women is the fear of what obeying (without agruing their point of view) their husbands may result in. They fear that things will not work out if they simply do what God tells them to do as a wife and let God and their husband deal with the rest.

1 Likewise, ye wives, be in subjection to your own husbands; that, if any obey not the word, they also may without the word be won by the conversation of the wives;

2 While they behold your chaste conversation coupled with fear.

3 Whose adorning let it not be that outward adorning of plaiting the hair, and of wearing of gold, or of putting on of apparel;

4 But let it be the hidden man of the heart, in that which is not corruptible, even the ornament of a meek and quiet spirit, which is in the sight of God of great price.

5 For after this manner in the old time the holy women also, who trusted in God, adorned themselves, being in subjection unto their own husbands:

6 Even as Sara obeyed Abraham, calling him lord: whose daughters ye are, as long as ye do well, and are not afraid with any amazement.

In what ways did Sara obey Abraham? Many that seem sinful to us, but Sara was not sinning to obey her husband although her husband may have been in sin.

One example: asking her to lie about being his wife which caused a king to almost commit adultery with her. Sara obeyed, GOD was sovereign and took care of the situation.

Does it seem crazy to think of obeying what appears to be a sin? What about when Abraham was going to sacrifice Isaac in obedience to God?

Other examples of the “holy women” include Rebekah also lying and saying she was Isaac’s sister rather than his wife because he told her to. I don’t want any husband to tell his wife to lie or commit any sin, but if he did it is his sin and not the wife.

(In cases of immediate life-or-death danger, a wife should act in self-defense to protect herself or her children.)

Husbands should be held accountable to God’s Word by other Christian men and elders – I 100% believe and pray for that! However, nothing a man does will change God’s command for wives.

Heart and soul and attitude matters! As wives: are we living for God or for ourselves?

Put aside the pride, put aside the fear. Hear God’s call to obedience and submission and TRUST THAT HE IS SOVERIGN OVER THE DETAILS!

It is a sin to worry about the outcome or consequences of obeying our husbands. We should work on getting the log out of our eye before screaming about the speck that we think is in another’s eye (husband or otherwise).

Are we humbly submitting to our own husbands? Are we trusting God with the details?

Another area that I have been humbled in is how I treat other women/wives. Are we judging other wives when they dress, act, do certain things? Maybe they (who look the most “unrighteous” or immodest) are actually humbly living in subjection to their husbands?

Maybe, instead of getting angry at wives around us who we think are not living godly lives, we should be praying for the husbands to lead them to godliness! YES, godly men should hold men accountable for their actions as husbands and leaders … AND wives should put on the “the ornament of a meek and quiet spirit, which is in the sight of God of great price”.

Being modest in actions, appearance, and heart is important in a biblical marriage. God’s Word has the answers … if only we weren’t so stubborn and fearful and prideful and self-righteous!